With the advent of the new decade, the Government of Telangana officially declared 2020 as the year of AI (Artificial Intelligence). Telangana aims to accelerate the development of the Artificial Intelligence ecosystem in the state and targets to bring Hyderabad amongst the top 25 AI innovation hubs in the world in the next decade. Towards these goals, Shri. KT Rama Rao, Hon’ble Minister of ITE&C, I&C and MA&UD brought together several industry leaders developing AI based solutions and leading academic institutions doing cutting edge research in AI to Hyderabad.

8 MoUs to promote AI research and its adoption were inked at the occasion wherein Telangana State joined hands with 10 new partners.

In association with Intel, IIIT Hyderabad, and PHFI, Telangana will set up a Centre for Research in Applied AI (CRiAA) which will focus on healthcare and smart mobility. The State also signed an MoU with IIT Kharagpur to launch an R&D Park and an AI-CoE, with applications in Advanced Manufacturing, Life-Sciences and Defence & Aerospace. Under another MoU, NVIDIA will setup a High-performance AI computing centre in Telangana.

Other MoUs were signed with IIT Hyderabad, Applied Cluster of AI in Norway, Adobe, and Wadhwani centre for AI.

Unveiling a logo and a website for the initiative, Minister KT Rama Rao said, “While 2020 is going to be the Year of AI, Telangana is now ready to capture the global AI opportunity. We are in fact setting in motion a series of initiatives, which will potentially make the next decade as Telangana’s decade of AI.”

Minister KT Rama Rao also announced a number of AI based projects including an AI pilot with NITI Aayog as well as an AI based traffic management system with MeitY, AI projects in Healthcare and Agriculture with Wadhwani AI, AI for textiles, and Pensioners Life Certificate through Selfies.

“Telangana Government has adopted a unique collaborative approach involving industry and academia to really accelerate the adoption of AI. The State is in fact leading by example by focussing on AI in Government initiatives which will set a benchmark for rest of the world to emulate”, emphasized Mr. Jayesh Ranjan, Principal Secretary, ITE&C Department.

The Minister launched 2 marquee AI pilots – one being Crowd Estimation app which is a video intelligence solution critical for tech-enabled urban law enforcement. Another pilot being Medha Chatbot, is an AI-enabled responsive chatbot.

The event also saw the launch of a calendar which rounds up all the AI related events planned in 2020 in the State. This was prepared in collaboration with several stakeholders of the AI ecosystem. 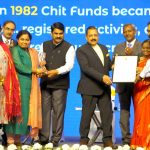 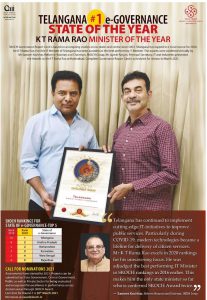 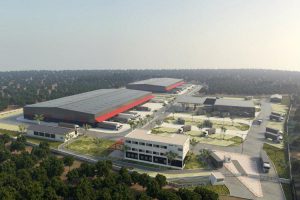 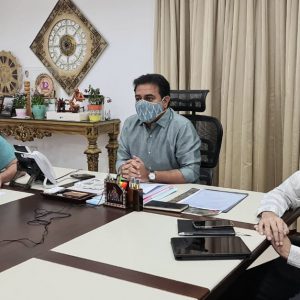 MassMutual to set up Rs 1,000 crore global facility in Hyderabad