Rao was addressing an event organised to mark the delivery of 150th C-130J Super Hercules empennage from the Hyderabad manufacturing facility of Tata Lockheed Martin Aerostructures Ltd (TLMAL) on Wednesday.

The TLMAL, a joint venture of Tata Advanced Systems Limited (TASL) and Lockheed Martin Aeronautics, was established in 2010 in alignment with the Indian Air Force’s acquisition of its first six C-130J 30 Super Hercules airlifters.

Rao said the two joint ventures by TASL and Lockheed Martin Aeronautics, in Hyderabad employed more than 1,000 people and invested more than 100 million dollars. “It is an honour that Hyderabad has been home for C-130J flights. More than 85 per cent of C-130J are currently being manufactured in Hyderabad. More than 300 suppliers, vendors and partners are growing under Make in India programme,” he added.

Rao said Telangana was emerging as an aero-engine cluster, with numerous foreign and domestic industry majors setting up their units in Hyderabad. “Telangana was the first state in India to come up with its own drone policy and had become the first state to deliver life-saving drugs and vaccines to remote parts of the state through its unique project ‘Medicine from the Sky’ (MFS) recently,” Rama Rao said.

Hyderabad also had a significant space sector cluster as part of ISRO programmes as over 30 percent of components of Mars Orbiter Mission were manufactured by Hyderabad-based companies, he noted.

Rama Rao said the aerospace and defence sector was witnessing a steady and unprecedented growth in Telangana over the last five years. He stated that Telangana had been able to secure mega investments from leading foreign and domestic aerospace majors, through its progressive policies, world-class infrastructure, proactive skilling initiatives and focus on innovation.

He stated that the Telangana government’s focus area was innovation in the aerospace and defence sector adding that the state government had been in discussion with DRDO and several other labs. Rao urged the industry to work closely with the state government in order to partner and come up with a strong defence/aerospace incubator that would focus on start-ups. 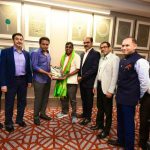 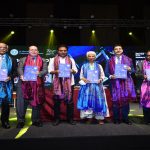 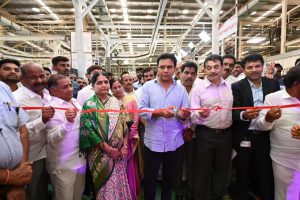 Launch of 3,00,001st Mahindra Tractor Made in Telangana at Zaheerabad by IT Minister Shri KTR. 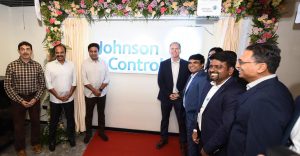 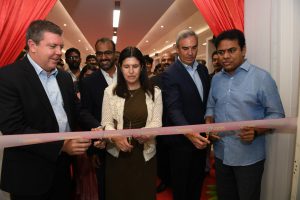