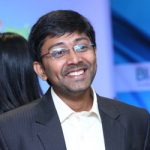 India offers a unique opportunity for a global textiles player not only to leverage the ecosystem to set up a manufacturing base but also to meet the growing demand for value-added textiles. The presence of both backward linkages right up to the fiber and forward linkages right up to the retail, in physical as well as virtual platforms, supported by a large pool of manpower with skills, make it a ready to exploit the opportunity for the industry. India is the 2nd Largest Producer of Textile & Apparel Globally and the 6th Largest Exporter of Man-Made Fibre Textiles. Also, India is the largest producer of Cotton and 2nd largest producer of Polyester and Viscose globally.

Telangana is one of the most suited location for textiles due to its geographic location and accessibility to the required resources. The state has already showed success in its endeavours and has obtained commitments from marquee investors like Youngone, Korea based textile to garment company and Welspun, one of the largest Indian home textiles exporters.

Telangana is well known for historical Textile sector operations with 35,588 power looms, 17,573 handlooms and a skilled work force. The State’s natives form a significant part of the work force in other textile clusters in Western India. This is supported by the spinning industry with an aggregate capacity of about 1 million spindles. 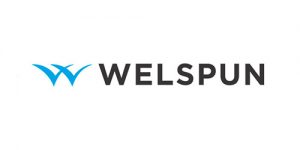 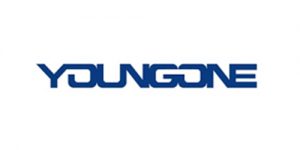 If the investment is < INR 200 Cr or employment < 1000 people – customized incentive package to meet or beat the incentives offered by anyone else.

One time support of Rs.3000/- per employee will be provided to reimburse the cost incurred in skill up-gradation and training the local manpower.

For units employing more than 1000 persons, the training subsidy will be Rs.5000/- per person.

Other incentives under capacity building & skill development support includes: Assistance Towards Training Infrastructure in Apparel Design and Development, New or Existing Training Centres that Intend to Upgrade their Facilities.

Cleared, graded and leveled to create a uniform terrain to enable construction and infrastructure development.

State of Telangana is poised to be industrial manufacturing Hub of the Country with the progressive and vibrant leadership of the state. Telangana has achieved pioneer position in Information Technology. Manufacturing is the next big thing to happen in the state. The State Machinery works in tandem with the investors to resolve all potential challenges in time bound manner. Welspun group believes in that vibrancy demonstrated by Government is in line with Uno Position in Ease of Doing Business

Telangana government attracted our investment with its industry-friendly policy and proactive approach. KTR has been very facilitating to make this project possible. We have signed the final agreement to set up our unit in Warangal, which will create jobs not only in Warangal but in India.

The Textile Park, Siricilla established in the year 2002-03 with a total Project out lay of Rs.7.73 crores to generate direct employment to 7000.In order to take up Pipeline works from LMD at Ragadu Village the Govt. released Rs. 2.75 crores during 2014-15 and the works have been completed under the coordination of Public Works Department. During the trial run some leakages have been identified and the same are being rectified by the PWD.Rs. 6.38 crores has been released during 2017-18 and 2018-19 to take up Spill over works at Textile Park,. The construction of Makeshift Unit-1 sheds completed by the TSIIC with an amount of Rs.0.37 crores.

The Park was sanctioned by Govt. of India and State Government in the year 2002-03 under Textile Cluster Infrastructure Development Scheme (TCIDS) to be established in 50.00 acres of land at Indrakaran Village in Pashamylaram . Salient features of the park:

What is the distance from Hyderabad and Warangal?

KMTP is 163 Kms from Hyderabad and 18 Kms from Warangal city.

Is there airport in Warangal?

Currently there is no operational airport in Warangal. However, ), proposal for an airport has been submitted to the Ministry of Civil Aviation, Government of India, for approval. The airport is proposed to be completed in two years post preliminary studies. The Airports Authority of India has already included Warangal airport in the list of under-served and unserved cities , suitable for the regional connectivity scheme.

How is the railway connectivity to KMTP?

Warangal has two railway stations namely, Kazipet and Warangal on the important stations in the New Delhi-Chennai main line of Indian Railways. The Kazipet railway junction is at a distance of 22 kms from the Chintallpalli station which is just abutting KMTP. About 8 passenger trains pass through this route on a daily basis from Kazipet station and 6 trains that go from Warangal station to Chintalpalli station.

Please get in touch with us by sharing your details and our team will reach out to assist you with the same.

Commissioned the Project in a record time of 14 months from the date of land allocation by State Government in July 2018. Intends to start the next greenfield project in Telangana in due course of time.

Signed Memorandum of Understanding (MoU) for investment in October 2017. Signed Agreement for investment of Rs 850 Crores (USD 120 Million) in December 2019.

Indian company being incorporated & intends to start production by early 2021.